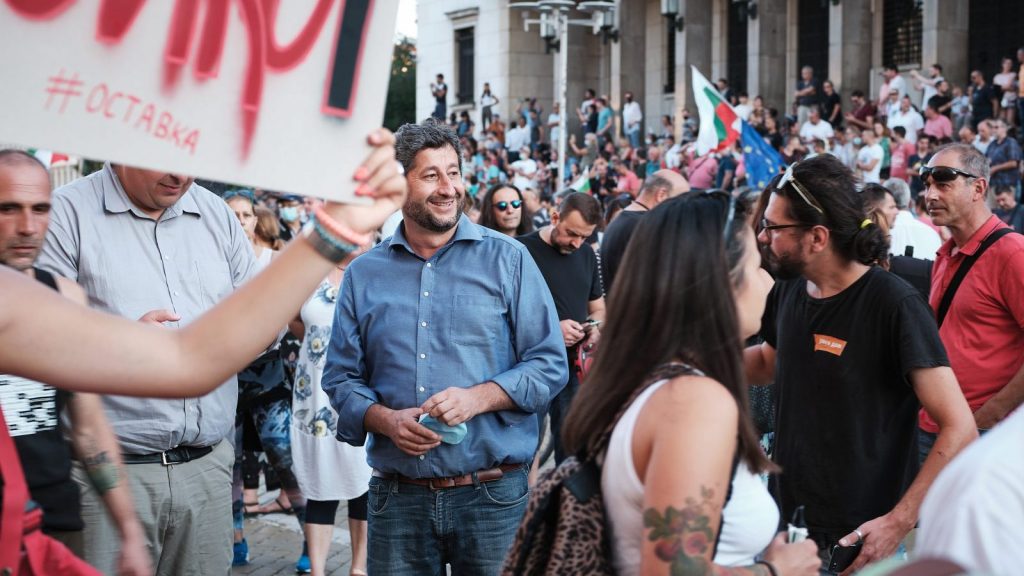 More than a month into one of the biggest protest waves in recent Bulgarian history, Hristo Ivanov, a co-leader of the opposition ‘Da, Bulgaria’ party, says Europe must wake up to the fact that Bulgaria’s problems are Europe’s problems too.

Angered by widespread corruption, by the power wielded by unelected oligarchs and shrinking media freedoms, demonstrators from across Bulgarian society have been turning out in their tens of thousands to call for the downfall of Prime Minister Boyko Borissov’s government and general prosecutor Ivan Geshev.

Though unrest was already brewing following ecological protests earlier in the year, it was Ivanov, a former justice minister and long-time critic of the status quo, who helped trigger the latest events when a video of him disembarking by boat at a luxury and allegedly illegal seaside mansion belonging to politician Ahmed Dogan went viral.

A lawyer and politician, 45-year-old Ivanov quit Borissov’s cabinet in late 2015 in a row over how to reform the justice system. His ‘Da, Bulgaria’, or ‘Yes, Bulgaria’, emerged as a one-issue party demanding judicial reform, but is gaining momentum as a fully-fledged opposition force knocking on the door of parliament in elections due in March next year.

With ministerial resignations and a pledge from Borissov to amend the constitution failing to take the sting out of the protests, BIRN sat down with Ivanov to discuss past protests, current events and what the future might hold.