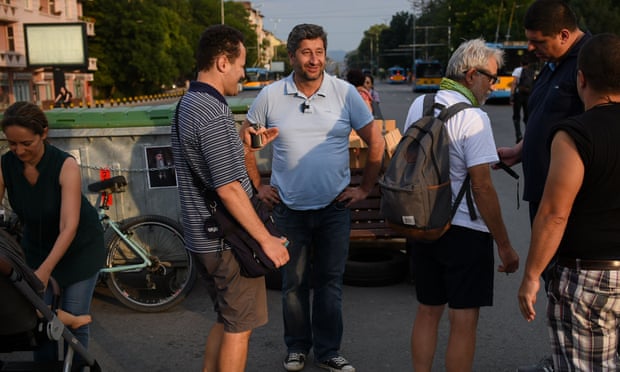 After more than a month of protests, Bulgaria’s longstanding prime minister, Boyko Borissov, said last week he would resign if parliament approved his call for the election of a grand national assembly to “restart the state”.

In a televised address, Borissov said his party would propose a list of amendments to the constitution, including aimed at halving the number of MPs from 240 and reforming the judiciary.

Until recently Borissov had been able to weather most political storms, from secret recordings of him cursing political opponents to leaked photographs of him sleeping with a gun by his bed.

But protests calling for his resignation and that of his cabinet and prosecutor general have drawn tens of thousands of people in the past month and won the support of the president, Rumen Radev.

The unrest began when a former justice minister, Hristo Ivanov, and two other people sailed to a beach near the Black Sea port of Burgas and tried to plant a Bulgarian flag. The beach, supposedly public, is close to a mansion owned by Ahmed Dogan, a former politician from the ethnic Turkish DPS party with shadowy business interests. State security officers manhandled the three men and tossed the flag into the sea.