Borisov under fire as Bulgarians lose patience with failures on graft 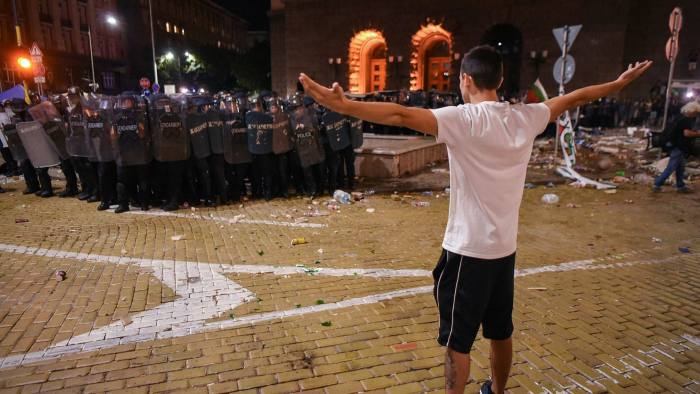 Elena Kasabova should have little reason to feel discontented. She has a well-paid IT job at a Sofia bank, enjoys holidays abroad with her daughter and is looking forward to advancing her career.

But this summer she has joined thousands of Bulgarians staging daily street protests in the capital and other cities to press for the resignation of Boyko Borisov, the long-serving prime minister, and his close associate Ivan Geshev, the country’s chief prosecutor, over their failure to crack down on corruption.

“Corruption is evident everywhere,” she told the FT last week. “As a conscientious taxpayer, I don’t see why donations are needed to fund children’s hospitals and basic medical equipment while the police, MPs and cabinet ministers drive around in the latest models of expensive cars paid for out of the state budget.”

“Borisov is determined to hold on for the rest of his term but it’s by no means certain that Gerb will get the votes needed to establish the assembly . . . We’re quite likely to see a period of confusion and delay,” said Hristo Ivanov a former justice minister and a leader of Democratic Bulgaria, a pro-European party who has played a prominent role in the protests.