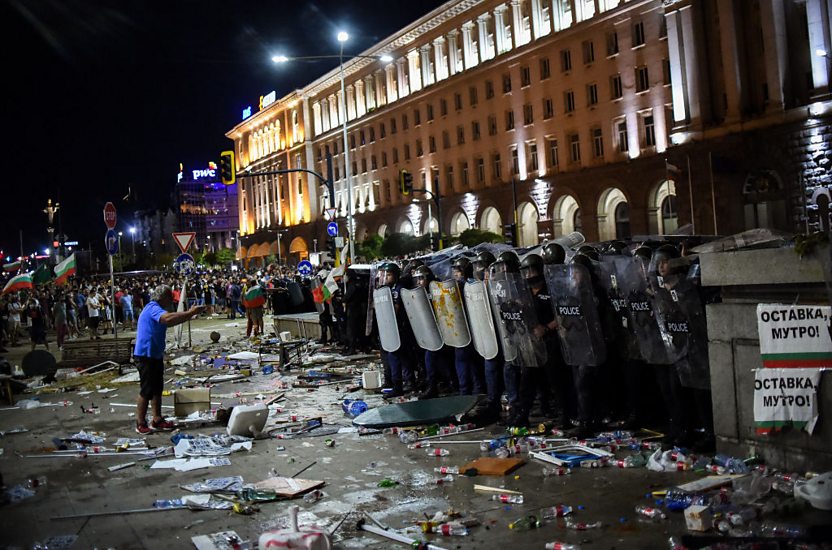 Bulgaria has been gripped by two months of nation-wide anti-corruption street protests demanding the resignation of the Prime Minister Boyko Borisov  and the chief prosecutor Ivan Geshev.

An eventful summer saw a seaside villa scandal, leaked pictures showing Borisov sleeping with a stash of cash and a gun, and a police raid on the presidency.

On 2 September tensions turned to violence. The government’s subsequent refusal to resign – and the protesters’ determination to stay on the streets until their demands are met – have prompted fears of a lasting political uncertainty.

Public anger was triggered by the revelation that a publicly-owned beach – adjacent to the summer residence of Ahmed Dogan – business tycoon and honorary leader of the ethnic-Turkish Movement for Rights and Freedoms (DPS) – had been reserved for private use.

On 7 July, Hristo Ivanov – a former justice minister and leader of anti-corruption party Da, Bulgaria, attempted to plant the Bulgarian flag on the beach. Due to blocked land access at the time, he set off to reach it by sea, livestreaming the action on Facebook. The video, which attracted one million views, shows him and his companions being pushed back into the water by security men.